Bobby and Kristy Mounts were recognized for their outstanding work and dedication at the 2022 International Franchise Association Convention, where they took home the Rookie Franchisee of the Year award.

The Mounts have upheld the core values and mission of PJ’s Coffee since opening their doors in 2020. In addition to their success as franchise owners, they were chosen for this award because of their organizational skills, drive, structure within their business, leadership, and, most importantly, their warm work environment. 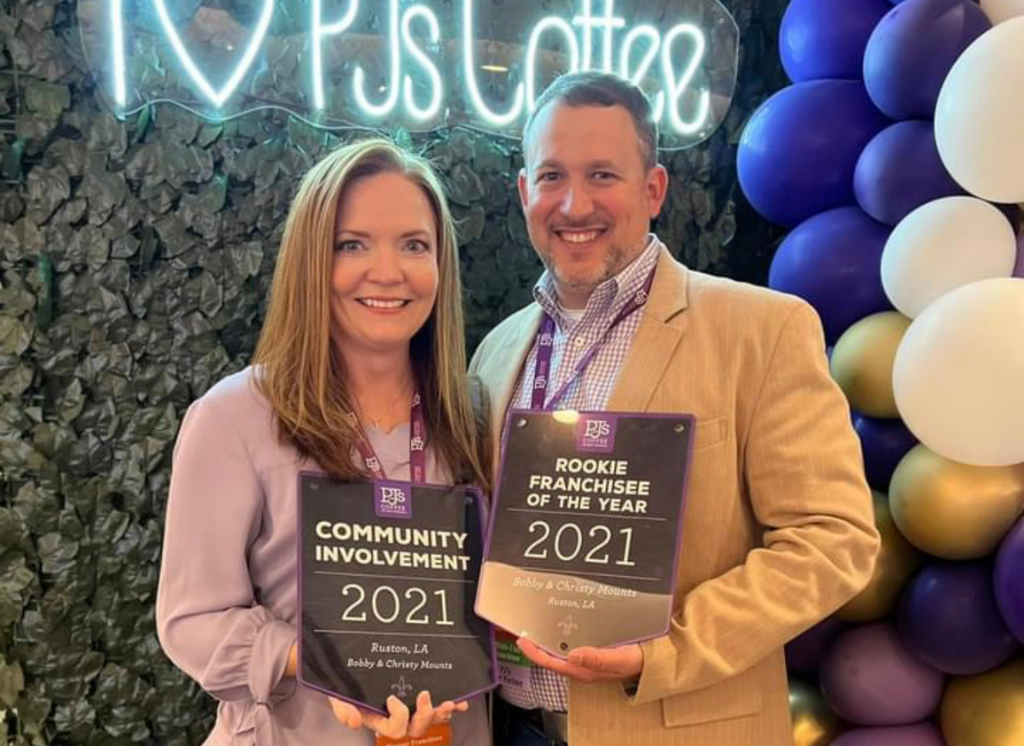 Prior to owning a PJ’s Coffee, Bobby served in the infantry of the Marine Corps reserves for six years and was deployed to Iraq in 2004. Upon his return, Bobby left the Marine Corps, and went on to pursue another dream—becoming a police officer. He served as a police officer in Monroe and West Monroe, La. until he began to approach retirement age. As he pondered the next step in his career, he realized he desired to become a business owner and began his entrepreneurial journey.

He searched for the best franchise opportunity and was drawn to PJ’s Coffee. As he looked more into the prospect, he learned about the Veteran Franchise License giveaway and immediately entered the contest. To Bobby’s surprise, he won and was awarded his PJ’s Coffee franchise, located in Ruston, LA. 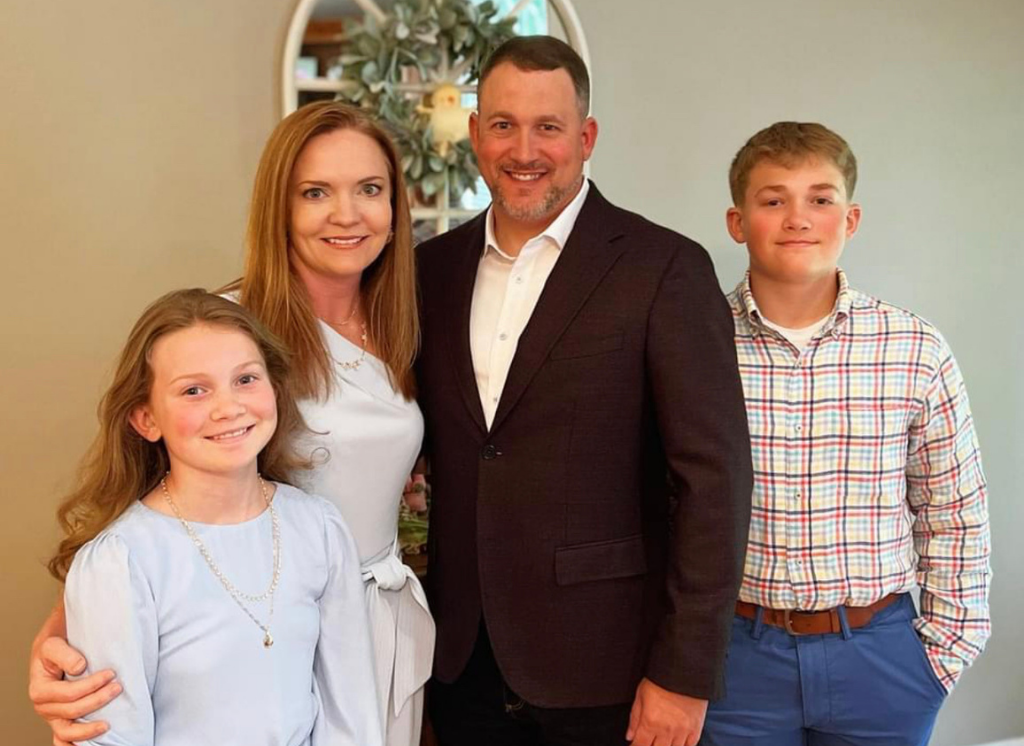 From Giveaway Recipient to Rookie Franchisee of the Year

Bobby and Kristy have come to understand the dedication involved in becoming successful franchise owners. From their impressive measurements in compliance and excellent performance in sales, to their growth in more licenses, Bobby and Kristy are known as one of our top performers.

One of the factors that make the Mounts such stand-out franchisees is that they have created a work environment geared towards helping young adults become successful.

“I want to share my knowledge and what I’ve learned through my experiences with the military and police force and build up the younger generation of people by creating structure, accountability and job growth opportunities. They can take all that they learn and apply it to their futures—both personally and professionally,” said Bobby.

Bobby and Kristy’s impeccable leadership, loyalty to the PJ’s Coffee brand and commitment to fulfill their roles as franchise owners is what has earned them the Rookie Franchisee of the Year award. We’re thrilled to see what more the Mounts will bring to the table this coming year!

If you’re ready to start your own entrepreneurial journey and open your own PJ’s Coffee franchise, contact us today.