Veterans own nearly one in seven franchises in the United States. At PJ’s Coffee, we hope to thank our military veterans for their service and sacrifice by helping one more veteran make their dream of business ownership a reality.

We are honored to provide a sustainable career to a well-deserving veteran with our second annual PJ’s Coffee Veteran Franchise License Giveaway. During this time of giving, we’re happy to give back to those who have given so much through their service to our country.

What Is the Giveaway?

We launched our Veteran Franchise License Giveaway last year as a way to thank and honor our veterans, as well as offer them the opportunity to run a successful coffee shop with a proven model by providing a free franchise license. Interested veterans start by entering their contact information, and then submit a one-minute video explaining how their military service has prepared them to be a PJ’s Coffee owner. Upon reviewing all of the submissions, we will award one veteran a PJ’s Coffee franchise, waiving the initial $30,000 franchise fee.

“After awarding our first franchise license to a Marine Corps veteran last year, it became clear this was an initiative PJ’s Coffee had to continue,” said David Mesa, chief development officer of PJ’s Coffee. “He has blossomed as a formidable entrepreneur, and we hope this annual giveaway will empower other veterans to embrace their entrepreneurial spirit.” 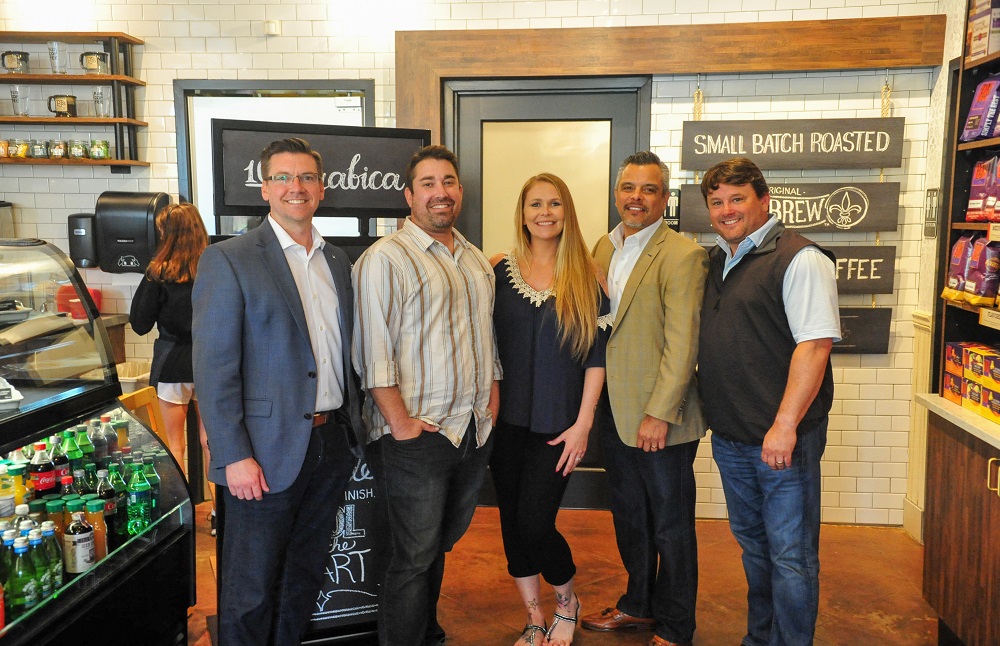 Who Was Last Year’s Winner?

In last year’s giveaway, we awarded a free PJ’s Coffee franchise to Marine Corps veteran Jeff Hateley. He opened his Rock Hill, S.C.-based PJ’s Coffee franchise last year, and he has already found success in the ever-growing $100-billion global coffee industry. Jeff was one of more than 100 applicants who sent in submissions for last year’s giveaway, but he was a perfect fit for the PJ’s family.

“I've always known that I wanted to own my own business and when I heard about the PJ's Coffee giveaway, I knew it was the perfect opportunity for me,” said Jeff. “PJ's Coffee has welcomed me into their family and has already provided me with incredible support and the valuable resources I need to succeed. I cannot think of a better franchise to be a part of and to help grow my career.”

Jeff served in the Marine Corps from 2001 to 2006 and specialized in Tactical Data Networks. During his time, he was deployed in Iraq and Japan and took on the role of a Primary Marksmanship Instructor. After serving, he went on to receive his Bachelor's degree from California State University-Fullerton and MBA from Pepperdine University. He has worked several accounting jobs throughout California and Florida, and before opening his PJ’s Coffee franchise, he worked as a corporate controller.

What Other Ways Does PJ’s Coffee Support Vets?

As an International Franchise Association VetFran member, we offer a year-round 20 percent discount on the initial franchise fee for veterans. But, our annual giveaway serves as a unique and wonderful way to help veterans like Jeff pursue their dream of business ownership for no upfront cost.

How and Where Can I Apply?

If you’re a military veteran interested in business ownership, apply here for our Veteran Franchise License Giveaway today! We will be accepting applications until December 31, and we’ll announce the winner January 2019.