Cold brew coffee is so popular that it is shedding its status as a trend and becoming a beverage staple. Consider the trajectory of its popularity: Sales have grown at least 10 percent annually in the United States between 2013 and 2017. And, 1 in 5 new coffee launches worldwide was iced, ready-to-drink (RTD) beverages in 2017, which was up 16 percent form 2015. In 2018, the global cold brew coffee market was valued at $29 million and is projected to reach $170 million by the end of 2025.

This does not come as a surprise to us. We’ve been creating and serving cold coffee drinks since the 1980s, starting with the Original Cold BrewTM Iced Coffee, a full-bodied, deliciously pure coffee that is 67 percent less acidic than hot-brewed coffee. 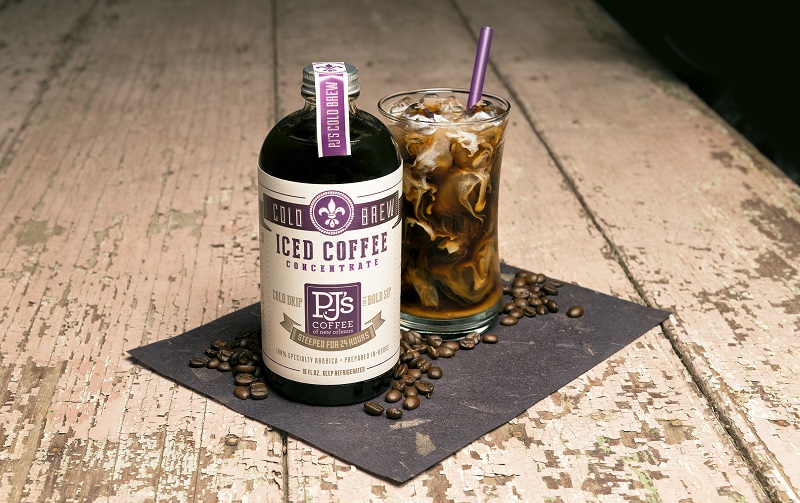 In response to high demand for cold brew coffee and convenience, we launched PJ’s Nitro Cold Brew, coffee infused with nitrogen gas for a creamy, stout-like drink, last December in the RTD format. Once served on tap only in our stores, the original Nitro Cold Brew and Southern Pecan flavored products are available at PJ’s Coffee locations in the Gulf Coast market.

Hot coffee beverages long ago earned their permanency on coffee shop menus; they’ll remain for generations to come. But, cold beverage sales are outpacing hot beverage sales at PJ’s Coffee. In March, our frozen/blended coffee beverages, such as Velvet Ice and Granita, made up 30 percent of sales. Cold beverages, such as cold-brew, iced lattes and Nitro Cold Brew, accounted for 44 percent. Sales of hot beverages came in at 26 percent.

Demand for Cold-Brew is Hot

Millennials continue to drive demand for cold brew coffee beverages, along with Generation Z, which is more health conscious than their older cohort. Gen Z tends to shun alcohol, which opens up an opportunity for cold-brew coffee to take its place. While Millennials and Gen Z place the highest demand on cold-brew coffee, 24 percent of Generation X drinks it, too.

Leading the demand, millennials are the largest living generation of consumers with growing spending power. Couple that with their tendency to be more health conscious than older generations, and you’ll find millennials replacing pop consumption with cold brew coffee intake. Millennials are also known for their discerning palates, and appreciate the bold yet smooth flavor cold-brew offers over hot-brewed coffee.

Cold-brew is also in high demand regardless of season, and keeps sales for coffee shops steady throughout the year – although, if hot-brew sales dip, it’s only slightly. But, consumers’ taste for cold-brew coffee is so ingrained in our culture now that it appeals to us whether the temperature is 9 or 90 degrees outside.

Not Just Another Pot of Coffee

Another reason cold-brew sales remain high is it’s not easy to make at home. There are more steps involved than brewing a pot of hot coffee. There’s more craftsmanship involved, too, and it requires time rather than heat to make a decent batch. Making cold-brew coffee is also more costly, as it requires twice the amount of coffee beans than hot coffee does. Because of time constraints on Americans limiting production of homemade cold-brew coffees and the high demand for convenience, the great majority of cold-brew coffee drinkers will continue to spend money at coffee shops for their favorite drink.

Cold-brew coffee, like its hot counterpart, has earned a permanent spot on coffee shop menus, just like it did at PJ’s Coffee shops more than 30 years ago.

Are you ready to join a well-established coffee shop franchise that’s ahead of its time? Contact us today to learn more about franchise opportunities with PJ’s Coffee.